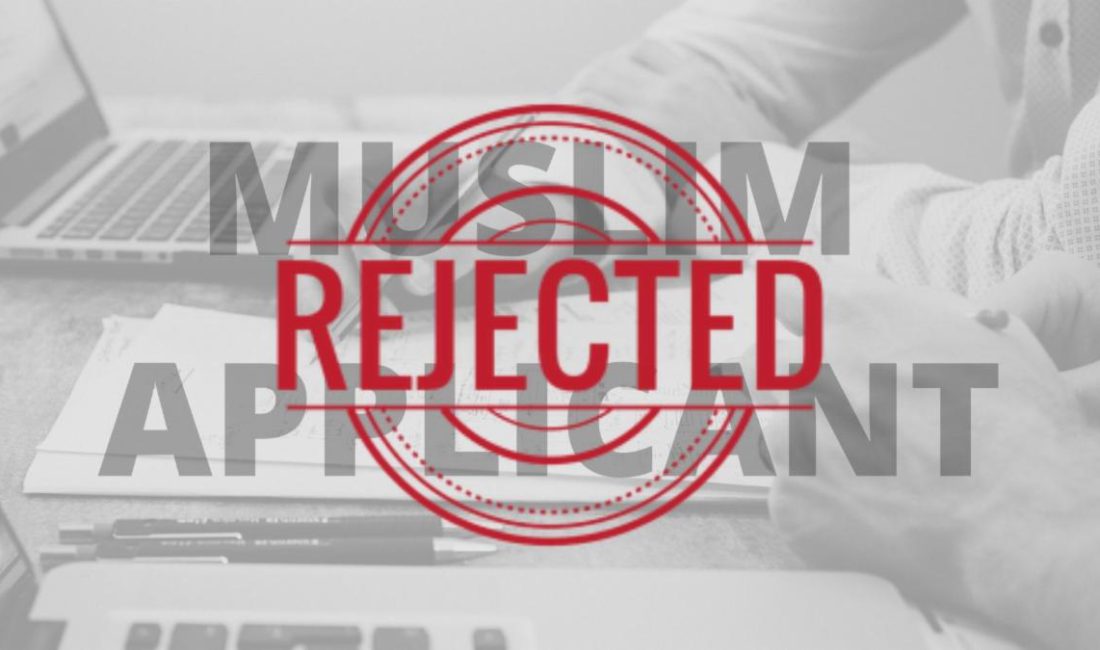 The Indian American Muslim Council (IAMC), an advocacy group dedicated to safeguarding India’s pluralist and tolerant ethos, has condemned an increasing pattern of discrimination against Muslims at Indian American IT companies. The now infamous incident at Nityo Infotech is one example of blatant expression of bigotry against Muslims, driven by Hindu nationalist narratives and Islamophobic stereotypes.

Mohammad Tarique Anwar (name changed) had applied for a job in the IT sector in California a few months ago using his first name Mohammad. He did not get any call for an interview. A month later he applied at the same firm using “not so Muslim sounding” name of Tarique. He got the call and subsequently the job.

Tarique’s case was one of several instances of subtle and not so subtle religious discrimination prevailing in the US tech industry that has come to light through an informal survey carried out by the Indian American Muslim Council.

IAMC initiated this survey among Muslims working in the tech sector after a New Jersey based IT services company Nityo Infotech, a global IT company, sent a memo to a recruiter asking her not to “submit Muslim candidates.” Allegations of religious discrimination against Nityo Infotech became widely known after a screenshot of this memo went viral in the tech circles. The firm tried to save face claiming the recruiter’s email was hacked. However its alleged attempt to discriminate against Muslims are part of a larger malaise of brazen Islamophobia in Indian American IT companies.

Pervasive discrimination against Muslims in the tech industry violates the law as well as basic principles of fairness and religious freedom. IAMC has called upon the Attorney General of New Jersey to investigate the complaint against Nityo Infotech.

IAMC has also urged Nityo Infotech to carry out a diversity, equity and inclusion audit, and to take immediate corrective and preventive steps in order to address the issue.

“The Nityo Infotech case should serve as a wake up call for everyone interested in keeping our workplaces free from religious bigotry and hate,” said Mr. Ahsan Khan, President of the Indian American Muslim Council. “The fact that the firm felt emboldened to openly ask the recruiter to exclude Muslim candidates shows the extent to which Islamophobia has now been normalized,” Mr. added. “As evident from Tarique’s case, this level of discrimination is not limited to Muslims from India, but anyone with Muslim sounding name or Muslim appearance,” said Mr. Rasheed Ahmed, Executive Director of IAMC. “A scrutiny of the hiring practices of Indian

American IT companies is long overdue,” Mr. Ahmed said.
IAMC will continue its campaign against bigotry and hate in the workplace and will work with individuals who have come forward with allegations of discrimination in order to secure justice and fairness.