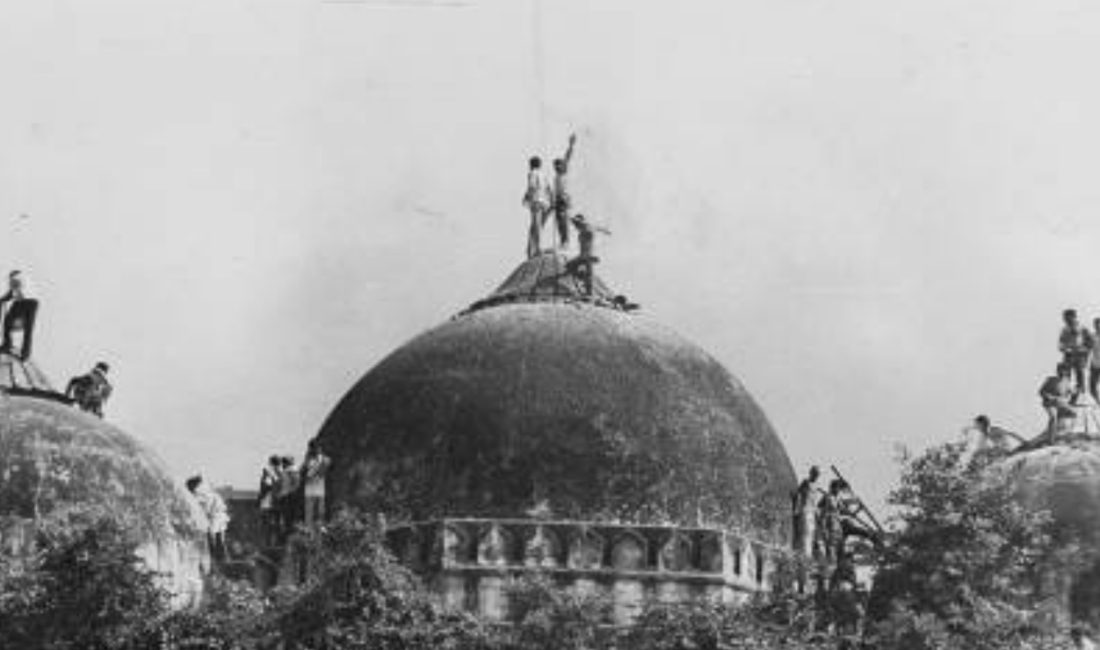 Indian American Muslim Council (IAMC), an advocacy group committed to safeguarding India’s pluralist and tolerant ethos, reminded Indian judiciary on the occasion of historic Babri Mosque’s demolition in 1992, that denial of justice in the demolition case, and failure to hold people responsible for the lawlessness which followed, was its “biggest failure.”

A special CBI court in India had declared the demolition of the mosque on December 6, 1992 as “spontaneous act” while acquitting 32 accused including senior RSS and BJP leaders like former Union ministers Lal Krishna Advani, Murli Manohar Joshi and Uma Bharti of criminal conspiracy in September. Interestingly, the verdict was in complete contrast to the stands taken by the Supreme Court.

The historic mosque was demolished in full view of the national and international audiences, television and print journalists. Thousands of people, majority of them Muslims, were killed during the communal violence which followed. But after three decades of tortuous legal process, the CBI court held no one responsible or punishable for the demolition, despite every existing evidence against it.

“The day of December 6 will continue to remind us the biggest failures of Indian judiciary when it failed to uphold justice, ignoring evidence of criminal conspiracy against RSS and BJP leaders, noted and highlighted by the Supreme Court,” said Ahsan Khan, President of the Indian American Muslim Council, while urging the Indian government to appeal against the verdict in this case.

There are two orders of the Supreme Court of India, which pointed to the charge of criminal conspiracy. In an acknowledgment of the gravity of the crime, the Constitution Bench of the Apex Court on November 9, 2019, termed the demolition of Babri mosque a “calculated act” and the obliteration of the Islamic structure was an egregious violation of the rule of law,” .

“During the pendency of the suits, the entire structure of the mosque was brought down in a calculated act of destroying a place of public worship. Muslims have been wrongly deprived of a mosque which has been constructed over 450 years ago,” said the order of the then Chief Justice of India Ranjan Gogoi, and Justices S A Bobde, D Y Chandrachud, Ashok Bhushan and S A Nazeer.

It was the Supreme Court which, more than two years ago, revived the charges of criminal conspiracy against the BJP and RSS leaders. “In the present case, crimes which shake the secular fabric of the Constitution of India have allegedly been committed almost 25 years ago. The accused persons have not been brought to book largely because of the conduct of the CBI in not pursuing the prosecution of the aforesaid alleged offenders in a joint trial, and because of technical defects which were easily curable, but which were not cured by the State Government,” the bench of Justices Pinaki Chandra Ghose and Rohinton F Nariman had said on April 19, 2017.

The Liberhan Commission had concluded that the demolition of the Babri mosque was meticulously planned. The Commission had said the mobilization of the cadres of RSS, Bajrang Dal, BJP and Shiv Sena in Ayodhya was neither “spontaneous or voluntary” but “orchestrated and planned.” The Commission in its report named over 60 people – including senior BJP leaders Advani, Joshi, Bharti and A B Vajpayee, RSS and VHP leaders, bureaucrats – as “culpable” for “leading the country to the brink of communal discord.”

“Judiciary is the ultimate protector of people’s right to justice. Ignoring the facts of the demolition case, and the bloodshed which followed, was the judiciary’s way of suggesting that the majority and the mobs have the right of way. Muslims were conveyed that Justice turned majoritarian.”

IAMC is dedicated to promoting the common values of pluralism, tolerance, and respect for human rights that form the basis of the world’s two largest secular democracies – the United States and India.