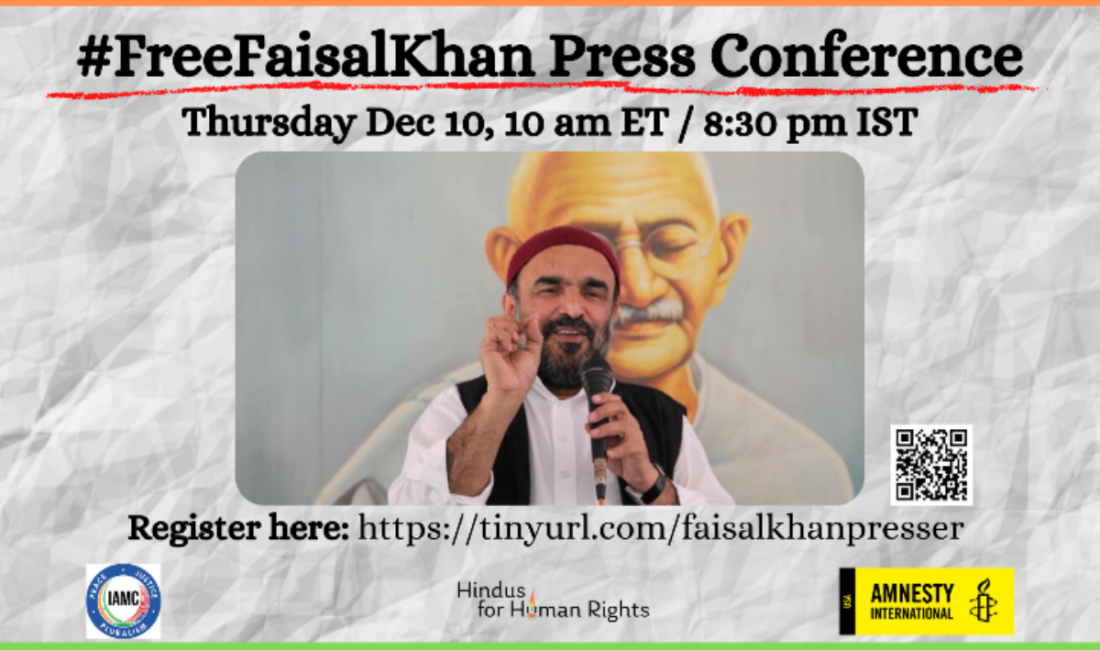 Faisal Khan was arrested on November 3rd for doing namaz (Muslim prayers) in a Hindu temple in Mathura. Faisal Khan is the National Convener of Khudai Kidmatgar. He had revived this movement for peace and communal harmony, started by Khan Abdul Ghaffar Khan (Frontier Gandhi) in 1929, and revived by Faisal Khan in 2011. Faisal and three other members of Khudai Kidmatgar were on a yatra (journey) through the area in Uttar Pradesh known as Brij, an area of pilgrimage for Krishna devotees, to promote the message of communal harmony. They visited many houses of worship over the 5-day yatra. On the last day, October 30, they arrived at Nand Baba Temple and spent several pleasant hours in discussions about theology and social harmony with the priest and others in the temple. When it was time for the midday namaz (Muslim Prayer) Faisal said he would go outside to pray. The priest invited him to pray right there in the temple compound.

Four days later, the photos of Faisal and his colleague Chand Mohammed praying in the Hindu temple had gone viral, and an FIR (police complaint) was filed by the same priest who had invited him to pray. The charges against Faisal Khan were two-fold: 1) that he did namaz in a Hindu temple without permission, and with an intent to create disharmony; and 2) that he had revived Khudai Kidmatgar to raise funds from national and foreign sources for nefarious activities.
Our press conference calls for the release of Faisal Khan, who has been unjustly arrested, and the dropping of all changes against him.
HELPFUL LINKS