In a move to weaponize Hindu extremist mobs and spur anti-Muslim violence, Hindu supremacist organizations have announced plans to distribute knives, swords and sticks for free to its members in the Bharatiya Janata Party (BJP)-ruled Uttar Pradesh state.

A known militant Hindu organization, the Vishwa Hindu Parishad (VHP), has announced that in addition to kung fu training, swords, knives, and sticks will be provided for free.

In a Facebook post, which has since been deleted, VHP leader Sanjay Hindu Sinha said: “Free of cost training of lathi (sticks) for 15-days, knives for one month, swords for one month and kung fu for three months, after which license of swords with sticks and knives will be given for free.”

Swords and blades over nine inches in length and which are not kitchen appliances require a license.

Hindu supremacist organizations have been offering violent training sessions across the nation as calls for a genocide of Muslims grow increasingly popular. In 2019, around 250 VHP members, including the organization’s local president, were booked for brandishing air guns and swords during a procession in Pune city. In 2018, the women’s wing of the VHP organized a camp in Agra city where women were trained on how to fire a rifle and other weapons. In 2017, arms training was provided to VHP members in Assam state.

“Professor Saibaba was subject to arrest, prosecution, and detention in retaliation for his nonviolent exercise of the rights to freedom of expression and freedom of association – conduct that is expressly protected under international human rights instruments,” the letter noted.

The coalition also urged the chief justice to consider Saibaba’s deteriorating health condition. The 55-year-old is wheelchair-bound as he suffers from ailments due to which 90% of his body is disabled.

On October 14, a lower court acquitted the academic, who was sentenced to life in 2017. However, just a day later, the Supreme Court unjustly suspended the order.

A mob of Hindu extremists in BJP-ruled Karnataka state falsely accused a young Muslim man of love jihad and assaulted him for being in the company of a Hindu woman.

The violent mob barged into a jewelry shop in Mangaluru city, where the man and the woman worked as employees. 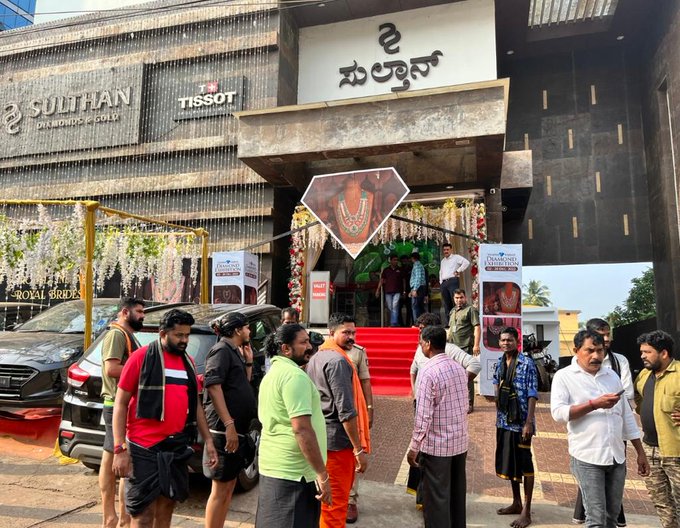 The assault is the latest in a series of violent crimes committed against Muslim men for having relationships, real or perceived, with Hindu women.

Hindu supremacists often accuse these men of “love jihad,” a conspiracy theory that claims Muslim men have an agenda to seduce Hindu women and forcibly convert them to Islam.