In a shocking mass violation of human rights, Hindu supremacists in Chhattisgarh state forcibly converted around a thousand Christians from the marginalized tribal community to Hinduism throughout December in what a new fact-finding report called “a coordinated campaign” against Christians. Hindu extremists used violent coercion methods, including physical assault with rods and rubber tires and threats of displacement and death, to force Christians to convert to Hinduism.

The report, which was compiled by researchers from Indian civil society groups, found that, from December 9 to 18, there were a series of attacks in about 30 villages, displacing about 1,000 Christian tribals.

“Those displaced were told to give up their Christian faith and convert to Hindu religion, failing which they threatened their village or face dire consequences, including death,” the report said. At least two dozen people were hospitalized after Hindu supremacist attacks.

The fact-finding team included the All India Lawyers’ Association for Justice, United Christian Forum, Centre for Study of Society and Secularism and other civil rights groups.

The forcible conversions come amid a series of ongoing and coordinated attacks by Hindu supremacists – including mob beatings, evictions, molestation, sexual harassment, church vandalism, and property theft against Christians in Chhattisgarh. Christians have organized mass protests in the state over authorities’ complete lack of action against any of the Hindu supremacists responsible for the hate crimes.

Seeking to further incriminate Muslims under false charges, a federal probe agency raided the homes and offices of leaders of the unjustly banned Muslim group Popular Front of India (PFI). The raids were conducted across 56 locations in Kerala state.

Tax officials were among those who conducted the raids, possibly to collect private financial information, including tax filings of the Muslim leaders. 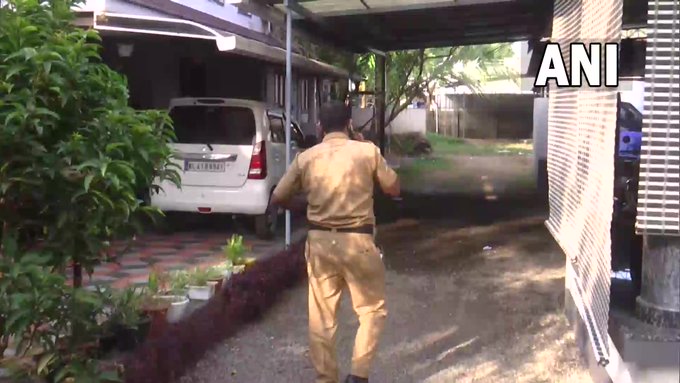 Prime Minister Narendra Modi’s Hindu supremacist government on September 27 banned the PFI, a prominent Muslim organization. Over 350 people have been arrested in dozens of raids by the National Investigation Agency (NIA) since then.

The crackdown on the PFI has been widely condemned by civil rights groups. Hundreds of Muslim men have been arrested under the draconian anti-terror laws.

The ban on multiple peaceful Muslim organizations in India for alleged “anti-national” activity is in stark contrast to the way violent Hindu supremacist groups are allowed to form and inflict violence against minorities freely.

Imran also questioned the silence of the other political parties on the government’s blatantly discriminatory eviction campaign, which intends to make the Muslims of Assam like “Rohingya refugees.”

Those evicted live in “deplorable conditions” and suffer from starvation, illness, and unhygienic living conditions, he said.

In September 2021, a violent eviction drive aimed at driving mainly Bengali-speaking Muslims out of their homes left 800 families homeless and 4 religious structures destroyed. Two people were killed by police in the raid, one of them a 12-year-old boy.