Nothing but lies: Fake videos, rumour set off the lynch mobs - IAMC

Nothing but lies: Fake videos, rumour set off the lynch mobs 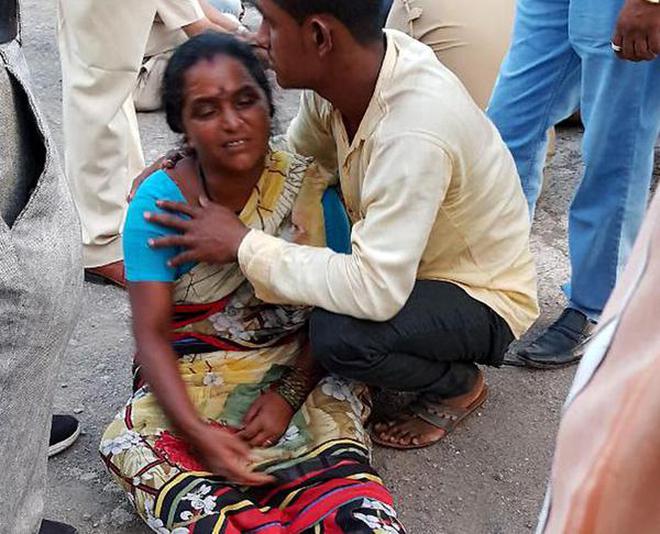 Over 20 people have died in mob attacks triggered by fake news, and experts say social media should deploy technology to stop the mischief

A promotional video on child safety made by an advertising agency in Karachi triggered violence 900 km away in Maharashtra’s Dhule, and led to the lynching of five people from a nomadic community on July 1.

The video, spliced and edited to trigger panic about “child lifters” on the prowl, spread on WhatsApp and other social media platforms like wildfire. Its victims were from the Gosavi nomadic community that derives sustenance by seeking alms. They were intercepted by villagers in Dhule’s Rainpada hamlet on suspicion of being child abductors and bludgeoned to death.

In Malegaon, a team led by Additional Superintendent of Police, Harssh A Poddar rescued five people from being lynched by a mob. The community had seen videos from Pakistan, Bangalore and Chennai, all aimed instigating violence.

“There are quite a few videos doing the rounds. One is from Pakistan, which is actually an edited video of a child being lifted from Karachi, and it is being attributed to India. Another one claims organs are being harvested from children. There is one from Bangalore where a woman is seen wearing a burka and walking away with a child,” Mr. Poddar said.

Telangana, where fake news is facing a tough fightback

Those arrested for indulging in such acts invariably had a minor crime record, he added.

“We arrested 16 people in Malegaon for trying to kill five people who were suspected to be child-lifters, and most of them had minor crime records previously. They take the excuse of a crowd for the violence,” he said.

Secunder Kermani, BBC’s Pakistan correspondent who traced the advertising agency that made the video in Karachi said it was filmed a few years ago. “The advertising agency said they made the video pro bono to promote child safety in Pakistan. The actors were mainly all employees of the agency. They had no idea that the videos had been linked with the lynchings in India. They were heartbroken,” Mr. Kermani said.

Videos of alleged child abduction spiralling on social media platforms like WhatsApp have led to the murder of more than 20 people across India in the past two months. Dr. Gleb Tsipursky who served as a professor at Ohio State University and the co-founder of Pro-Truth Pledge, an initiative to promote truthfulness, said, “lynchings in India are the most violent and deadly episodes of fake news-inspired violence.”

But there were plenty of others in developing countries like Brazil,and also in developed countries: In the U.S., a gunman shot at a pizza parlour, provoked by fake news.

WhatsApp and its owner Facebook could do many things to stop such incidents, he said. “One example is looking for certain keywords in messages sent on WhatsApp and warning people that they might be getting misinformation.”

Waking up to the danger, the Home Ministry asked the States and Union territories (UTs) to check incidents of mob lynching fuelled by rumours of child-lifting on social media.

The government directed WhatsApp to immediately take steps to prevent the spread of “irresponsible and explosive messages.”

In the past, it has asked the U.S. to bring pressure on social media giants to install servers in India, but the proposal was turned down.

Dr. Tsipursky said if the servers are in the country where the government is located, It would help in that “more control can be imposed by a government on social media giants.”

Mr. Poddar said while one method to check fake news was to post counter-videos clarifying the actual position, the other was to register the offences.

“A couple of days back, a video of a child that was allegedly kidnapped surfaced. It was found that the child knew the man in the video, and had lied that he had been kidnapped because the man had asked the child to repay some borrowed money.

“The video looked convincing. The word got around that police is registering cases in [genuine] offences and no violence was reported in the past four-five days in Malegaon,” he said.

“At the heart of this problem is a lack of media literacy, with people believing rumours rather than credible media sources. The government needs to invest much more resources into education, of children and adults alike, in media literacy. Likewise, the government needs to push social media giants to work hard on fighting misinformation, and hold them accountable for taking meaningful steps. Finally, the government can get social media giants to trace the source of fake news stories, and hold their perpetrators accountable for the consequences,” Dr. Tsipursky said.

India dispatches: ‘Today, hearing that a Muslim man was lynched or beaten up has become routine.’