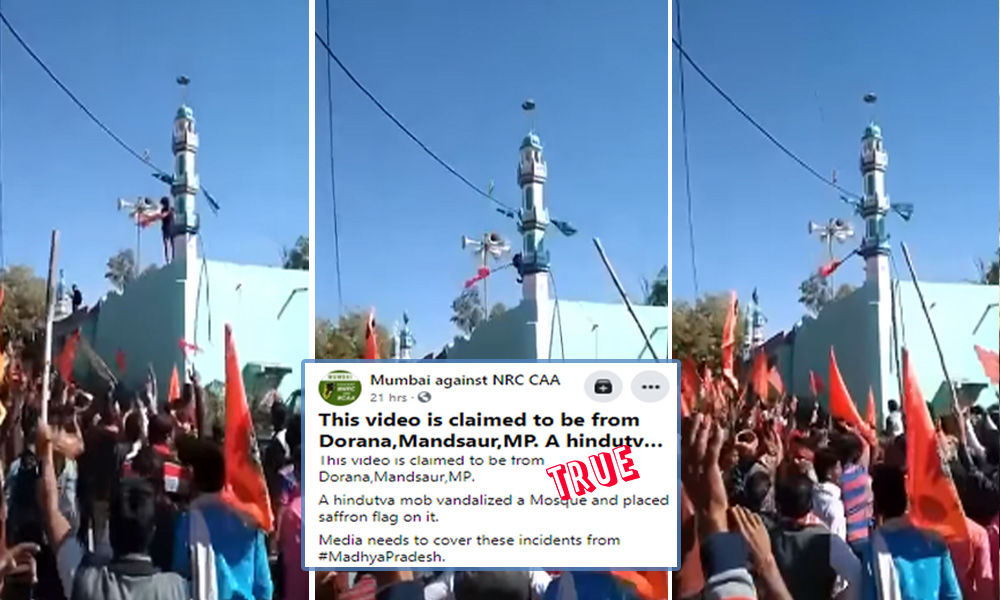 The Mandsaur Police in Madhya Pradesh is not taking strong action against those who were involved in violence, vandalism and looting of property during the violent bike rally taken out by Hindutva groups last week, say the locals. “The police held some people in connection with the incident but released them later. We don’t think that the police are going to take strong action against them. We are not satisfied with the police action. Those against whom we have filed police complaints are roaming around. We have named 58 people in the FIR and 250 unknown people,” said Muhammed Hakim, a resident of Dorana whose properties were looted and vandalized by the rioters….

Surrounded by mourners who gathered in his garden, Mushtaq Ahmad Wani fell to his knees with a grief-ridden scream. “They killed my only son and buried him far away in the mountains,” he cried out. Wani, a 42-year-old fruit merchant living in Below, a small village near Pulwama in the Indian region of Kashmir, had been driving home on Wednesday when he received a message from the police, requesting a photograph of his 16-year-old son, Athar Mushtaq…. By the time Wani reached home, he was given the news that made his heart shatter. Mushtaq was dead, killed by the Indian army on Tuesday night…. his son was no militant….

Women’s organisations in India on Thursday strongly condemned the brutal gang-rape and murder of a 50-year-old anganwadi worker allegedly by a mahant (temple priest) and his aids in Badaun, Uttar Pradesh, and demanded immediate arrest of the main accused. The 50-year-old woman, who had gone to a temple on Sunday evening, was gang-raped and murdered allegedly by the three accused. While the priest, the main accused, is on the run, his two accomplices were arrested on Tuesday night after the post-mortem report confirmed rape. The police have said that the woman’s leg and a rib bone were found to be fractured and there were injuries in her private parts….

Escalation in Hindutva violence an outrage against the Indian Constitution

‘This house is for sale’: How Muslims are being driven out of a Meerut village

67 journalists arrested, detained, questioned in India in 2020 for their work

India’s Vaccine Nationalism Is a Global Risk – By Andy Mukherjee

Under cover of Covid-19, Modi regime has stepped up its attack on Indian democracy – By Ramachandra Guha

In India, to question is to be ‘anti-national’ – By Kalpana Sharma