“The research conducted by this year’s Laureates has considerably improved our ability to fight global poverty. In just two decades, their new experiment-based approach has transformed development economics, which is now a flourishing field of research,” said the Nobel committee in a statement.

Banerjee, 58, was educated at the University of Calcutta, Jawaharlal Nehru University and Harvard University, where he received his PhD in 1988.

BREAKING NEWS:
The 2019 Sveriges Riksbank Prize in Economic Sciences in Memory of Alfred Nobel has been awarded to Abhijit Banerjee, Esther Duflo and Michael Kremer “for their experimental approach to alleviating global poverty.”#NobelPrize 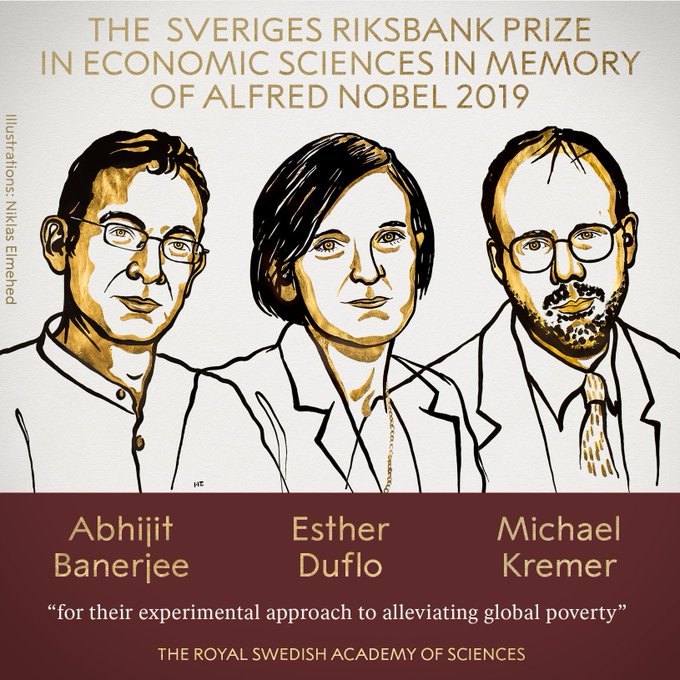 He is currently the Ford Foundation International Professor of Economics at the Massachusetts Institute of Technology, according to his profile on the MIT website.

In 2003, Banerjee founded the Abdul Latif Jameel Poverty Action Lab (J-PAL), along with Duflo and Sendhil Mullainathan, and he remains one of the lab’s directors.

He also served on the UN Secretary-General’s High-level Panel of Eminent Persons on the Post-2015 Development Agenda.