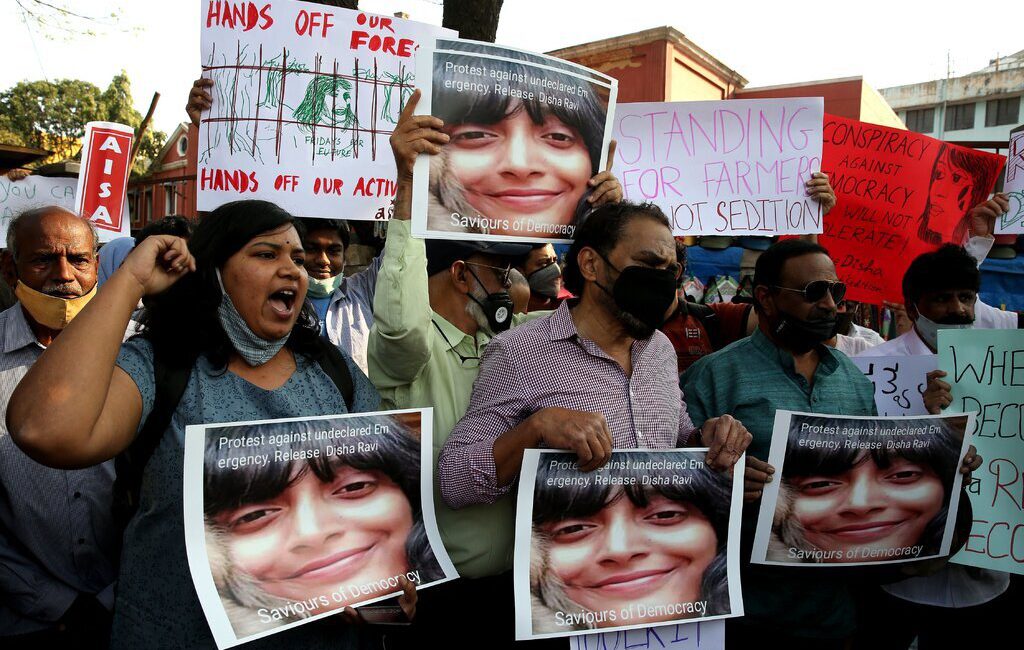 New York Times:Climate Activist Jailed in India as Government Clamps Down on Dissent

Disha Ravi, 21, is facing sedition charges, accused of sharing a Google Doc about the farmers protest with Greta Thunberg.

The arrest, the latest in a series of broader crackdown on activists, has triggered anger and disbelief among opposition politicians, student groups and lawyers, who say the government is using its law enforcement agencies to increasingly stifle dissent, in line with a broader deterioration of free speech in India. Ms. Ravi’s arrest, they said, has raised the crackdown to a new level.

Ms. Ravi is being held under a stringent sedition law that has been used to criminalize everything from leading rallies to posting political messages on social media. Although she has not been formally charged, she is to spend five days in police custody.

In its response to other contentious policies — including citizenship laws that worked against Muslims, a clampdown on the disputed Kashmir region and the farmers’ protests — Prime Minister Narendra Modi’s government has resorted to arrests, stifling dissenting voices and blocking access to the internet. Groups that track internet freedom say India’s has declined for a third consecutive year.

For months, thousands of farmers, many of them Sikhs from the agricultural heartland state of Punjab, have camped out on the outskirts of New Delhi, protesting a slate of new laws that will dismantle a subsidy system that has for decades protected them from the vagaries of the free market. 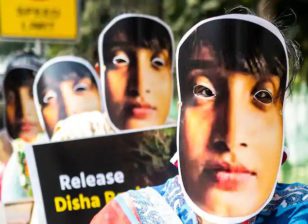