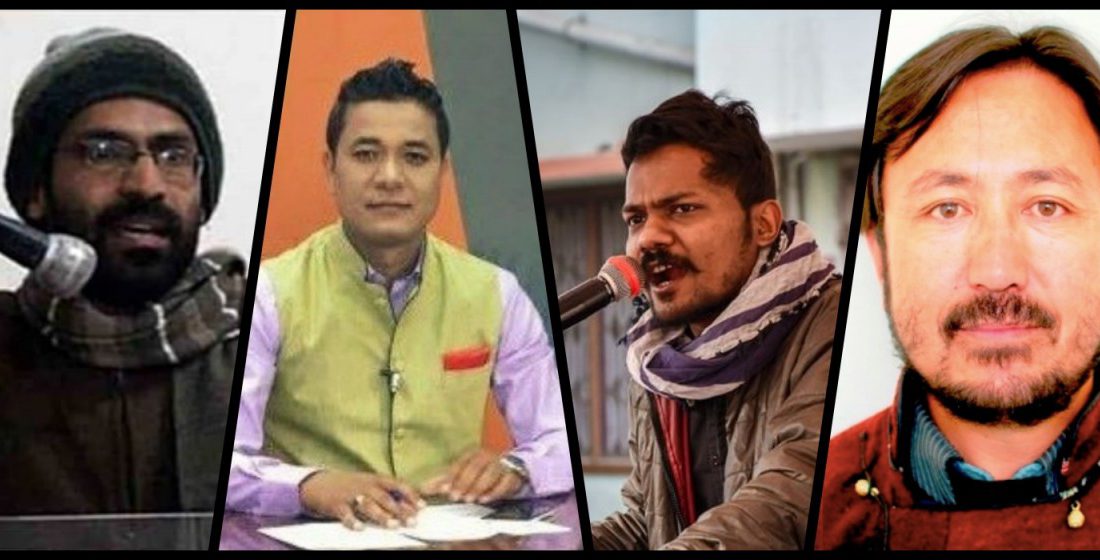 Several Bharatiya Janata Party leaders including Union ministers Amit Shah, Smriti Irani and Prakash Javadekar and other senior party functionaries have expressed their outrage at Republic TV editor Arnab Goswami’s arrest, saying the Maharashtra government has abused its power and clamped down on freedom of expression. While the leaders’ concern for media freedom is admirable, several people have pointed that BJP governments across India have targeted and arrested a number of journalists, and no Union ministers have spoken up in those cases. Here’s a list of journalists arrested just in the last few months, who haven’t got the same solidarity from the ruling party as Goswami has.…Read more

…Two weeks after The Wall Street Journal published a report detailing how Ankhi Das failed to take action against hate speech being spread by leaders of the BJP on its platform, an investigation by TIME magazine claimed Thukral also ignored hate speech violations in 2019. The TIME report mentions that… Thukral, ignored some of the key violations that were pointed out by Avaaz. As per the TIME report, Shiladitya Dev, an Assamesee lawmaker for PM Modi’s BJP, shared a news report about a girl being allegedly drugged and raped by a Muslim man in 2019. He added his own comment to the post: “This is how Bangladeshi Muslims target our [native people] in 2019.”… the TIME report points out that Shivnath Thukral had worked with the BJP leadership to assist in the party’s 2014 election campaign.…Read more

In a deeply communal tweet, Zee News has projected the electoral battle between Donald Trump and Joe Biden as one between ‘nationalism’ and the ‘Muslim card’. The tweet promoting a show tracking election results asked viewers, “Will ‘nationalism’ win or the ‘Muslim card’?” While the ‘nationalism’ reference ties Donald Trump neatly with the purported agenda of the Indian regime thereby projecting him as a more desirable candidate, it was the tethering of Biden, and by extension Democrats and all liberals, to the so called ‘Muslim card’. It is well known that Donald Trump had instituted a ‘Muslim ban’ preventing people from seven predominantly Islamic nations from flying into the United States in January 2017. Democrats remained staunch and vocal critics of the move that was also contested tooth and nail in the courts.…Read more

Kerala withdraws consent to CBI for probes in state

The Kashmir journalists ‘harassed’ and ‘questioned’ for doing their job

How Sri Preston Kulkarni’s Run For Congress Got Tangled Up In Indian Politics – By Rashmee Kumar, Murtaza Hussain

The Modi government is spending ever more on media ads. Who benefits? – By Anmol Somanchi & Supriti David