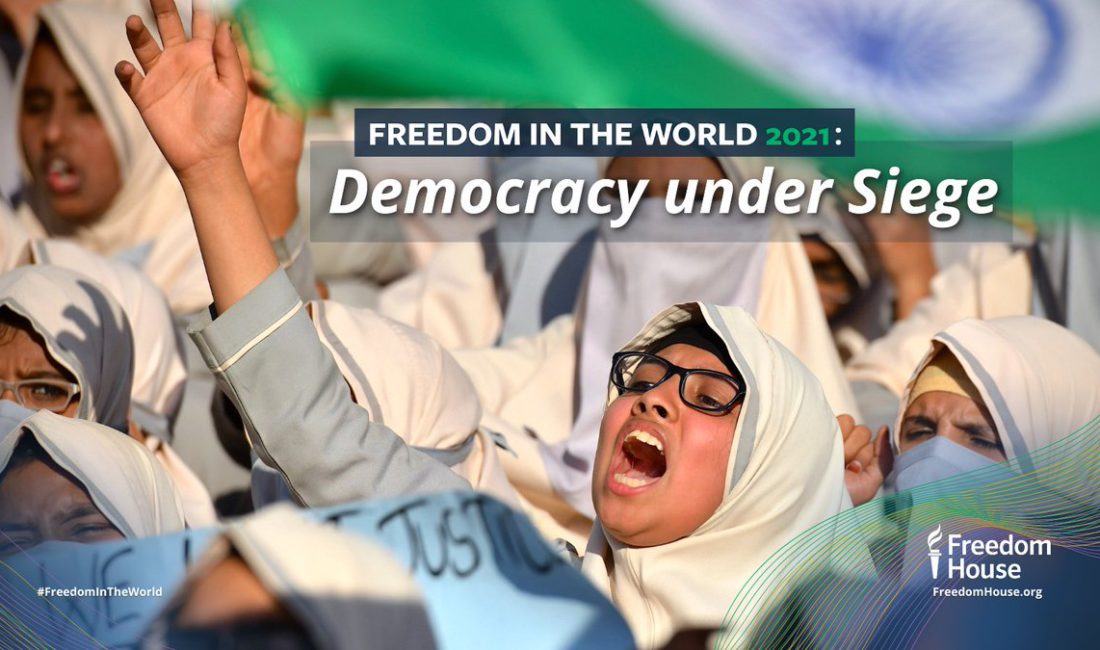 India is now only ‘partly free’ under Modi, says report Civil liberties in India have been in decline since PM Narendra Modi came to power in 2014, said Freedom House in its report Democracy under Siege…. US-based Freedom House, a non-profit organisation…. added that India’s “fall from the upper ranks of free nations” could have a more damaging effect on the world’s democratic standards. Since 2014, it says, increased pressure on human rights organisations, intimidation of journalists and activists, and a spate of attacks, especially those against Muslims, had led to a deterioration of political and civil liberties in the country. And this decline only “accelerated” after 2019, it added….

Arundhati Roy: “We Live in an Age of Mini-Massacres” ….Apart from the laws that exist, like the Unlawful Activities (Prevention) Act…, under which you have hundreds of people now just being picked up and put into jail every day, apart from that fact, every institution that is meant to work as a check against unaccountable power is seriously compromised. Also, the elections are compromised. I don’t think we have free and fair elections because you have a system now of secret electoral bonds, which allows business corporations to secretly fund political parties…. The most dangerous thing that has happened is that, [as] the last few elections have shown, the BJP has proved that it can win elections without the Muslim vote. That creates a situation, where you have a minority which actually is made up of millions of people who are virtually disenfranchised. That’s a very, very dangerous situation.… In the last week of February 2020, 53 people were killed in Delhi in violence that lasted four days. Even though three-quarters of those killed were Muslims and most of the worst property damage was sustained by Muslims, BJP leaders describe what happened as an ‘anti-Hindu riot’. And the Delhi Police have also helped in this cover up, alleging a conspiracy to trigger violence by Muslim and progressive activists involved in the protests against the Citizenship (Amendment) Act. In Part One of our investigation into the conspiracy the police has ignored, we examined the role of two Hindutva activists, Deepak Singh Hindu and Ankit Tiwari. Today, we will focus on Yati Narsinghanand Saraswati and his associates whose hate speeches and incitement played a crucial role in radicalising the rioters who eventually unleashed a bloodbath in North East Delhi in February 2020. It is now clear that the relentless call for violence against Muslims in the run up to the riots was not abstract advocacy but an essential component of the real conspiracy – executed in the open because they knew the police would never touch them….

India is now only ‘partly free’ under Modi, says report

Arundhati Roy: “We Live in an Age of Mini-Massacres”

Dalit Activist in Gujarat Killed for ‘Not Withdrawing SC/ST Case’

In 2020, India topped list of 29 countries that blocked access to the internet despite increased demand during COVID-19

‘You Are A Dalit, Should Behave Like One’, Cops Shouted As They Tortured Me: Nodeep Kaur

Why Is India’s Government Celebrating an Antisemitic, Pro-genocide Hitler Devotee? – By Samaan Lateef

In Hathras Shooting Case, Police Inaction As Much Cause for Worry As Impunity of Accused – By Ismat Ara 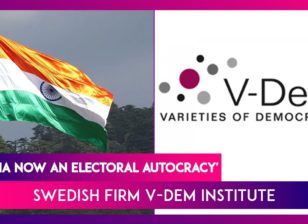 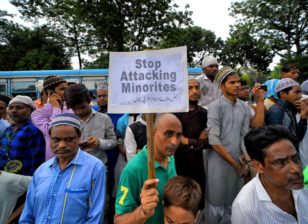