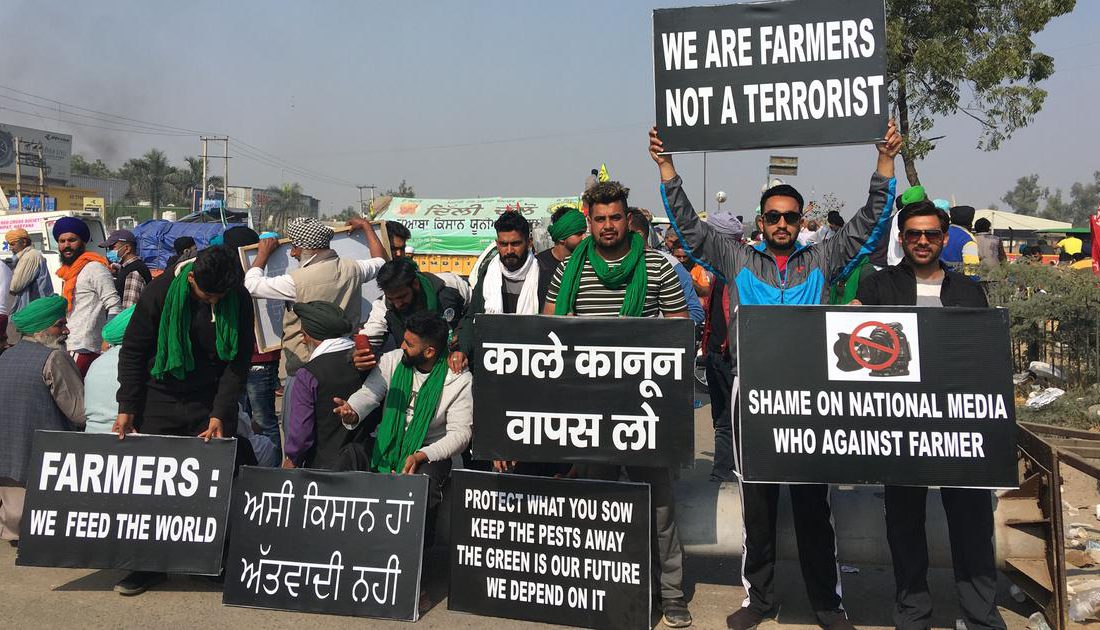 Islamophobia in India bound to lead to genocide of Muslims, warn experts

“We are often told of the stages that the genocide process involves, but it is very alarming that India has been undergoing persecution at all these genocidal stages in different areas of the country,” said Zahir Adil, lead of Justice For All’s Save India From Fascism project. Justice for All (JFA) held a virtual panel at the 3rd Ministerial Conference to Advance Freedom of Religion or Belief on Wednesday (Nov.18, 2020). Hosted by the government of Poland, the panel was titled: “Islamophobia leads to Genocide: A case of Burma, China, India and Kashmir.”… “Through our work on the Rohingya and Uyghur genocide, we see similar warning signs in India. This side event at the Ministerial on Religious Freedom tied the threads from what occurred in Bosnia to what is happening in Burma, China, India and Kashmir,” she stated….

Farmers from Punjab faced water cannons and broke police barriers at the state’s border with Haryana as they pushed towards the national capital Thursday in their “Delhi Chalo” march against the Centre’s farm laws. At the Shambhu border, the Haryana Police and Punjab protesters in their tractor-trolleys faced each other off on a bridge over the Ghaggar River…. As smoke from teargas shells clouded the air and security personnel milled around, people could be seen standing on top of trucks…. The farmers are demanding the repeal of the new farm laws which deregulate the sale of agriculture produce. They say the laws will lead to the dismantling of the minimum support price (MSP) system.

In 1934, Nazi Germany enacted a set of laws that prohibited marriage or sexual relations between “Aryans and Jews.”… Such examples from history come to mind in the light of the outrageous and draconian ordinance adopted by the UP cabinet. This is the first of the anti-“Love Jihad” laws which several BJP state governments have declared they will enact… The UP Chief Minister has threatened violence against Muslim men married to Hindu women who had converted….

Islamophobia in India bound to lead to genocide of Muslims, warn experts

‘Was this censorship?’: Noam Chomsky, Vijay Prashad ask Tata Lit Live after it cancels their discussion

Will do a ‘surgical strike’ on Old City of Hyderabad if BJP wins polls: BJP chief

HuffPost India is history, thanks to new FDI norms

Ambedkar’s Fears of ‘War on Muslims’ Have Come True. So Why Celebrate Constitution Day? – By S.N. Sahu

Are the Police Seen as Perpetrators of Crime or Protectors in India? – By Mahalakshmi Pavani